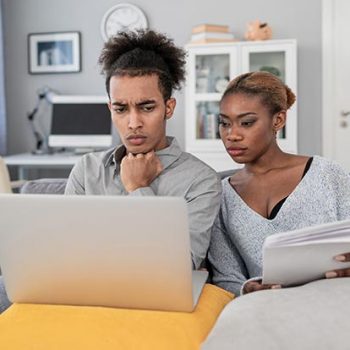 Two-thirds of workers are relying on borrowing to pay their everyday bills, with around half of them struggling with repayments as the cost of living continues to rise, a union has warned.

A poll of 6,500 workers, conducted the Union of Shop, Distributive and Allied Workers (Usdaw) as part of its 2022 cost of living survey, found that around seven in 10 (67 per cent) were now relying on unsecured borrowing to pay everyday bills, up from four in 10 (42 per cent) in 2021.

Being able to pay bills was now cited as the main source of concern for three-quarters of respondents (76 per cent), up from four in 10 (41 per cent) just a year earlier. This was followed by clearing debt, which was cited by almost half (47 per cent) of respondents, up from a third (33 per cent) in 2021.

On top of this, following the lifting of the energy price cap in April, more than 65 per cent of workers polled said they would cut down on heating in order to cope with the rising cost, with a quarter saying they would no longer use the heating at all.

Nicola Hemmings, workplace scientist at Koa Health, said while the cost of living crisis will be felt by all to a greater or lesser degree, it was “people in precarious employment, or in companies where wage growth has stagnated, [who] will likely be more stressed as they worry about over filling their car or putting food on the table”.

Working parents were one group highlighted by the report as being particularly affected by the price squeeze. More than four in five (82 per cent) working parents reported their mental health had deteriorated due to financial worries – nearly 10 per cent higher than the survey average.

More than a quarter (27 per cent) of working parents also said they missed meals in the last year in order to pay bills.

Alan Price, CEO of BrightHR, https://www.brighthr.com/ said the report highlighted the amount of work needed to be done to protect employees. “The cost of living crisis could have a devastating impact. Key workers have long called for better pay rates, in recognition of the essential work they do,” he said.

Ivan Harding, CEO of Applaud, also cautioned that the pay squeeze would likely exacerbate the existing labour shortage as key workers “who have kept the UK up and running throughout the pandemic” are likely to move to new sectors in search of better pay. “This most certainly will add to the strain of labour shortages. A decline in key workers will hamper our UK economic recovery,” he said.

Usdaw has emphasised that while key workers were rightly praised for their contributions throughout the coronavirus pandemic, their efforts “appear to have been quickly forgotten”, as many of them are low paid and worse hit by the rising costs.

Speaking from the Usdaw annual conference in Blackpool, Paddy Lillis, Usdaw general secretary said: “Having worked throughout, risking their health and too often facing abuse from customers, many key workers are still struggling in low-paid insecure employment and now face a growing cost of living crisis.”

Lillis reiterated that wages were now lower in real terms than in 2008, and called for higher wages. The union is also calling for a right to a minimum contract of 16 hours per week for everyone who wants it and for Statutory Sick Pay to be set at workers’ normal rate of pay.

Hemmings also called on HR leaders to do more to help address the mental health issues that stem from financial insecurities. “Doing so is part and parcel of the pastoral care HR is increasingly expected to deliver, but it is also a business practicality. After all, stressed or anxious workers will not be as productive as those with peace of mind,” she said.

Newcastle upon Tyne // Permanent
Competitive based on experience

Search our 254 live vacancies to find your new job today!