Understanding of autism at work is heading in the right direction 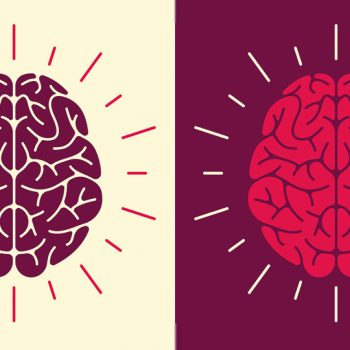 It hasn’t been easy for people with autism (or autistic people, depending on which phrase people prefer for themselves). They are living with the backdrop of the government’s recently updated national autism strategy which talks about “accepting”, “supporting”, and “tackling”. Passive terms that depict people with autism as needing ‘acceptance’, instead of being valued and included; needing ‘support’ instead of being equipped, and all of this is such hard work that it needs “tackling” instead of organising and listening.

It’s not the most liberating narrative. In the final section of the strategy titled Enablers for this strategy, three things feature: improved research, improved data, and strengthened governance. It misses the point that the biggest and most important enabler of the autism strategy is people with autism themselves.

Kudos, then, to the employers that are being led by colleagues with lived experience of conditions to define and inform inclusion and belonging strategies. Too often people with autism have experiences of work that are unspoken or unheard.

This can mean they literally suffer in silence while they are excruciatingly overwhelmed by (warning: long sentence ahead) bright lighting and inconsistent room temperatures; ad hoc loud sounds during their commute and around their workplace; unclear and multiple instructions about what to do, when to do it, and which communication platform they should be watching and using at any one time and with which colleagues in ever-increasing multi-device and multi-app workplace software packages; the many smells that suffocate or revolt their body without warning; the different volumes and pitches at which noises such as voices, pings, announcements, cutlery, alarms, door closures, ringtones, footsteps, traffic, keyboard key tapping occur; then the reactions from colleagues when their body reacts, when they cover their ears, close their eyes, or quickly get themselves to a dark, quiet room – all while just trying to write a short email, let alone do the main part of their job that their performance is rated by.

Exhausted by that one sentence? For many with autism, all of those experiences can happen in the space of one very long, painful, world-shattering 30 seconds. Every 30 seconds.

This is of course not the experience of everyone with autism. As with every condition, individuals’ experiences are so widely and beautifully varied that attempts to define an overall list of ‘symptoms’ or experiences that our category-craving minds so instinctively want to do can feel crass, devaluing, insulting even. There is a risk here though, and I see it happening every day. To start conversations, to hear people’s personal experiences of their condition, employers too often feel they need to start with a perfectly corrected and approved vocabulary about autism (or any condition) before they ‘go public’ to the rest of their workforce. You don’t.

When I have seen workplaces ‘sort out the language’ kindly and constructively, ‘out in the open’, it fuels ease and permission to ask questions and debate. It is a way of publicly listening to diverse views and experiences. It shows workplaces figuring out their culture, their language, and their shared selves together. It is the antithesis of national strategies that ‘deliver to’ instead of ‘create with’ people.

Workplaces often find these ‘open aired’ conversations and sharing of personal experiences cause colleagues to work out and challenge their own thinking, attitudes, and behaviours. The ‘visible and non-visible’ cultures and ‘felt environments’ that we build around ourselves for one another at work. It has led workplaces to redesign procedures, simplify communications, and develop more comfortable physical working spaces for everyone.

This Autism Awareness Week don’t worry about the right language before you do something. It’s often so good for working cultures to figure that out together. It is after all how the women’s rights movement got itself ‘off of the ground’. Achieving inclusion must start somewhere, so “say something, anything”. The right language and terminology for your organisation will come afterwards. It’s the most basic process that all humans are used to and live: Experience first, language later.

Angela Matthews is head of policy at Business Disability Forum