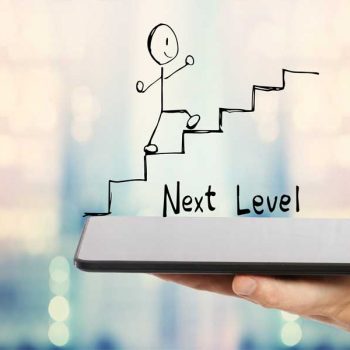 Employers have welcomed plans from the government to improve skills and boost productivity, but question whether sufficient funding has been earmarked to make follow through on ambitions to ‘level up’ the UK.

In a long-anticipated white paper, unveiled on 2 February by the levelling up secretary Michael Gove, the government outlined plans to increase the number of adults receiving high-quality skills training by 2030, with an aim of 80,000 more people completing courses in the lowest-skilled areas.

The more than 300-page Levelling up the UK whitepaper also includes plans to roll more Local Skills Improvement Plans (LSIPs) across England following a pilot last year, and pledges to increase investment in infrastructure and research and development in areas outside of London and the south-east in an attempt to close the economic gap between the capital and other parts of the country.

This includes plans to create three new Innovation Accelerators – Greater Manchester, the Glasgow city region and the West Midlands – which will seek to replicate the success of the tech sector in Silicon Valley and other parts of the United States.

The “ambitious” plans were welcomed by Ben Willmott, head of public policy at the CIPD, who said the whitepaper recognised the role that skills play in closing the economic disparities between people and places.

“The announcement of a Future Skills Unit is a positive step and it is to be hoped that it can take the lead on advocating overdue changes to skills policy to address skills gaps within sectors and regions,” he said, citing the need for better careers advice at schools and changes to the apprenticeship levy as two areas where there was “glaring need for improvement”.

However, not everyone was as optimistic about the proposals. Stephen Evans, chief executive of the Learning and Work Institute, said that the whitepaper “fell short on all accounts” and that a “much bolder vision” was needed.

Under the plan, investment in skills would still be £750m lower in 2025 than it was in 2010, Evans pointed out, while the target of increasing the number of adults to complete skills training courses by 200,000 annually would bring the UK back to 2016 levels, “reversing only a quarter of the fall since 2010”, he said.

Kirstie Donnelly MBE, chief executive of City and Guilds, also called for high-quality skills training to be made available throughout people’s working lives. “The bottom line is that only when the government puts adequate investment into flexible lifelong training opportunities, making jobs more attractive and tackling the mismatch between supply and demand, will the country be able to get back on an even keel,” she said.

In all, the whitepaper outlines 12 ‘national levelling up missions’ that will be enshrined in UK law. As well as boosting skills and education, these include ambitions to improve people’s sense of community, create better transport infrastructure and to provide all UK regions with significant devolved powers. Gove said this would end the “postcode lottery” that many individuals and businesses currently face when it comes to the availability of skills, funding and infrastructure.

“For decades, too many communities have been overlooked and undervalued. As some areas have flourished, others have been left in a cycle of decline,” he said.

Amanda MacKenzie OBE, chief executive of Business in the Community, said the whitepaper showed a “strong recognition within government that the levelling up agenda is everyone’s agenda”, adding that “commitment, trust and collaboration with determined action is needed to drive long-lasting change”.

This was echoed by Shevaun Haviland, director general of the British Chambers of Commerce, who welcomed the plans to increase devolution, but emphasised that local businesses needed to have a part to play in implementing the changes.

“Devolution must be shaped by business knowledge of local and regional needs, and be accountable to local businesses and communities,” she said, adding that local areas needed to be better funded and be given greater autonomy over how they use their funding.