Professional qualifications ‘not worth the effort’ for a third of workers, poll finds 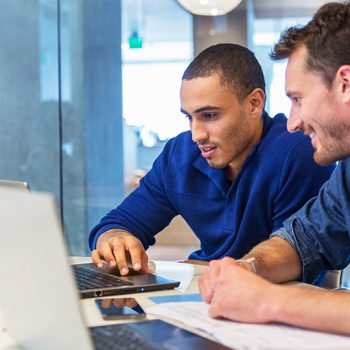 A third of employees do not see the value in studying for professional qualifications, a survey has found.

A poll of 4,000 British professionals, conducted by CoursesOnline, found that 33 per cent did not believe that studying for professional qualifications was “worth the effort”.

In comparison, two-thirds (67 per cent) were confident that such studies were worth the effort, while half (49 per cent) said they believed their level of qualification enabled them to get the role that they wanted.

Similarly, nearly a fifth (18 per cent) of respondents said that a lack of qualifications were preventing them from getting the role they wanted, while 33 per cent said their level of qualification was “irrelevant” to them getting a job.

When asked about their preferred way of learning, a third (36 per cent) of respondents to the CoursesOnline poll cited learning on the job, with 29 per cent saying they preferred learning through dedicated courses.

Only 11 per cent said their preferred method of learning was through professional industry qualifications, and just 10 per cent said via industry publications or social media.

The findings come as the government announced last week that it would “consider” whether it was doing enough to invest in adult skills and education.

In his spring statement, chancellor Rishi Sunak acknowledged that the UK “lags” in adult technical skills compared to its international peers, and said the government would consider whether the current tax system, including the apprenticeship levy, was “doing enough to incentivise businesses to invest in the right kinds of training”.

Naomi Phillips, deputy chief executive and director of policy and research at the Learning and Work Institute, welcomed a renewed focus on skills spending, warning that the last decade had seen business investment in skills drop.

But, she said, it was important that any support for employee training addresses the current inequalities when it comes to access to training. “More support is needed for people who have fallen out of the workforce who can return but need to retrain or reskill,” she said.

Sarah-Jane McQueen, general manager of CoursesOnline, said learning provisions “can’t afford to be generic”, and that training needed to be relevant to employee’s work. “Those studying need real-world examples as to how what they learn is applicable to their day-to-day work,” she said.