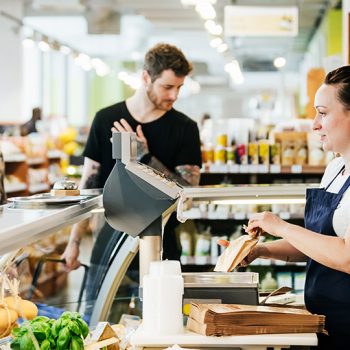 More than one in 10 retail staff were assaulted by a customer last year, a union has said, warning that the levels of abuse and violence experienced by shop workers in 2021 exceeded those reported in 2020.

A poll of 3,500 retail workers, conducted by the Usdaw, found that 12 per cent said they had been assaulted in the last 12 months, up from 9 per cent the year before.

Physical assaults faced by shop workers included being spat or coughed at; being punched or kicked; and being attacked with weapons.

As well as assault, the poll found 90 per cent of retail staff had experienced verbal abuse over the last 12 months, up from 89 per cent in 2020, while nearly two-thirds (64 per cent) said they had been threatened by a customer, up from 60 per cent.

The poll also found that Covid restrictions continued to be a major trigger for violence and abuse in 2021, making up nearly half of all reported triggers (compared to 85 per cent in 2020).

Face coverings – both asking customers to wear them and being accused by customers of not doing enough to enforce the wearing of them – were the single biggest Covid-related trigger for violence and abuse towards retail staff in 2021, cited in 18 per cent of cases. It was only second overall only to shoplifting (19 per cent).

Paddy Lillis, general secretary of Usdaw General, said the rate of abuse from customers was “shocking” and called on the government to do more to coordinate a response between employers, the police and the judicial system.

“Violence and abuse is not an acceptable part of the job and it is truly horrific that shop workers are having to face it on a daily basis,” he said. “Faced with such appallingly high levels of violence and abuse, and with shop workers’ almost complete lack of confidence in the ability of the system to give them the protection they need, much more needs to be done.”

The poll found that there had been a marked increase in the levels of reporting by shop workers. Overall, almost three-quarters (72 per cent) of those who had experienced any sort of abuse reported it in 2021, compared to just 42 per cent in 2020. This increased to 92 per cent when looking just at those who experienced physical assaults, up from 80 per cent the previous year,

However, the majority of retail workers (61 per cent) still said they were not confident that reporting abuse, threats or violence would make a difference.