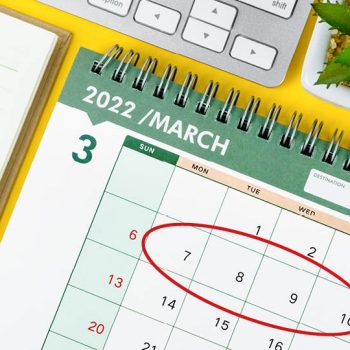 Two-thirds of UK businesses are implementing a four-day working week for at least some of their employees, research has found, and that firms are saving money while doing so.

A poll of 500 C-suite business leaders, conducted by Henley Business School, found that 65 per cent were already implementing a four-day week for some or all of their employees.

The research estimated that businesses were saving a total of £104bn – the equivalent of 2.2 per cent of the UK’s annual turnover – through improvements to productivity and wellbeing and lower running costs by offering a four-day week while still paying staff a full salary.

This was an increase on 2019, when Henley Business School estimated businesses saved a total of £92bn by offering a four-day week.

Of the employers that were already offering a reduced week, 66 per cent said they had been able to reduce costs, while 64 per cent said that the quality of work being produced was maintained or improved.

Employers also said their workforce were less stressed (78 per cent), happier (75 per cent) and that they were spending more time developing their skills (64 per cent).

Additionally, more than two-thirds (69 per cent) of businesses said they were better able to attract and retain older employees, while a similar percentage (67 per cent) said they found it easier to attract younger workers.

Jonathan Boys, labour market economist at the CIPD, said it was “encouraging” to see employers experimenting with different approaches to work, and that a shorter working week could be a beneficial form of flexible working in some roles or sectors.

“We’d encourage organisations to explore a range of flexible working options from hours and days worked to working locations, so everyone can benefit from more flexibility and choice,” he said.

The research, which also polled 2,000 employees, found that if given the chance to work a four-day week, most would spend the extra time with their family and friends (67 and 66 per cent respectively), with less than a third (32 per cent) saying they would use the free time to take on extra work.

Dr Miriam Marra, associate professor of finance at Henley Business School, said the pandemic had made employees more aware of the value of the hours that they work.

“It seems clearer, now more than ever, that time means money when it is owned,” she said. “Some employees may feel now enabled to undertake multiple jobs; others that they should earn more for what they can effectively produce”.

Half (54 per cent) of respondents said they would prefer an option of being able to switch between full-time and part-time working at different times of the year, for example working part-time during the summer holidays.

Of the businesses that were not currently offering a reduced working week, 70 per cent said they believed it would be too complicated to manage, while 75 per cent said there were concerns about being available for customers.