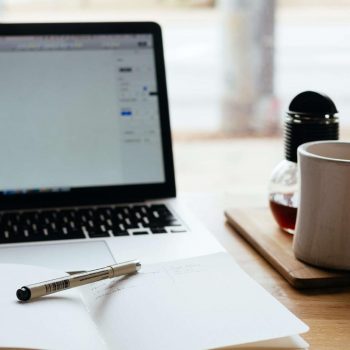 Judge says demand for claimant living with clinically vulnerable girlfriend to go back the workplace when government guidance said otherwise was unreasonable.

An employee at an asset management firm was unfairly and wrongfully dismissed for refusing to return to the office because of fears over contracting the virus during the pandemic, a tribunal has ruled.

Nicholas Quelch, who worked as a compliance analyst at Courtiers Support Services, was dismissed from his role after he didn’t return to work because he was shielding. The company terminated his employment, citing the reason that he had broken his contract.

However, the employment tribunal found that it was “not reasonable” to demand an employee return to the office when the government’s Covid guidance at the time said employees who could do – as Quelch had shown he was able to – should work from home.

Quelch started discussing working from home with Courtiers when the coronavirus first emerged, and subsequently transitioned to remote working on 18 March. The tribunal heard he lived in a one-bedroom flat with his girlfriend, who was classified as ‘clinically vulnerable’ to the virus because she had asthma and a heart condition.

His colleagues also moved to remote working on 23 March after the government guidance that people should work from home where possible was introduced. The tribunal heard that, while some colleagues had problems working from home, Quelch’s line manager, Stuart Richards, said he was working “effectively”.

On 12 May, Courtiers began a phased return to the office. Quelch was due to be included in the last phase of this return, which was eventually set for July.

Ahead of Quelch’s expected return date, Richards emailed the head of HR, Sue Ruston, to say that Quelch was “very anxious” about returning to the office while shielding for his girlfriend. Richards said he would like Quelch to continue working from home.

However, Ruston remained clear that Quelch was expected to return and suggested that he could book annual leave or look into living separately from his girlfriend if he remained concerned.

On 7 July, Ruston reiterated in an email that Quelch must either return to the office or request annual leave or take sick leave. Her email stated that if he did not do so he would be placed on unpaid leave and might be subject to disciplinary action. Quelch maintained that he should follow government guidance and keep working from home, and was not willing to either take annual leave or unpaid leave.

The next day, Ruston emailed again and said if he failed to return, Quelch would be liable to be disciplined.

Quelch did not return and Courtiers disabled his systems access and placed him on unpaid leave. On 10 July, Courtiers wrote to Quelch to advise him that he was going to be subject to a disciplinary process for “refusing to comply with the terms of your contract”.

The disciplinary hearing, which had already been rescheduled once, was set for 21 July. However, Richards, who was Quelch’s companion for the meeting, was unable to attend. Quelch requested that the meeting be rescheduled again but was denied, and as a result he did not attend.

Ruston wrote to him on 24 July, informing him that he had been dismissed for “gross misconduct” and that his grievance had been rejected on the basis of failing to comply with the terms of his contract and his refusal to follow a “reasonable management instruction”.

The tribunal heard that the letter read: “The business has lost all faith and trust in you. This is through your actions of being obstructive and unwilling to return to the office, despite the repeated requests.”

Quelch appealed but was unsuccessful.

The tribunal found Courtiers did not act in a “reasonable” way, and that the business “failed to show there was a potentially fair reason for dismissal and that both the sanction and the procedures followed by the respondent fell outside the range of reasonable responses open to a reasonable employer.”

It added that, even had Quelch been guilty of misconduct, or even if Courtiers established that a loss of trust and confidence had occurred, the tribunal did not consider it was “within the range of reasonable responses” to dismiss Quelch.

The tribunal also ruled that Courtiers made an unauthorised deduction from the claimant’s wages and unreasonably failed to comply with the requirements of the Acas Code of Practice on Grievance and Disciplinary Procedures.

Commenting on the case, Paul Kelly, head of employment at Blacks Solicitors, said employers still need to take care when demanding that employees return to the office even though the ‘work from home’ instruction is no longer in force.

“While contractually, employees may be obliged to work from a designated place of work, employers must consider each case individually where there is a refusal to return,” he explained, recommending that managers need to understand the employee’s concerns and make reasonable accommodation if possible.

Quelch told People Management that he hoped Courtiers would “learn from the failures highlighted in the judgment and implement positive change”.

He added: “This judgment closes the book on what has been an incredibly stressful and upsetting experience for myself and my family.”

In a statement, Courtiers said the case highlighted the challenges faced by individuals and businesses in addressing the “acute anxiety and uncertainty triggered by the pandemic”.

The firm added that regulations throughout the pandemic met the approval of its local authority, and that current protocols for employee safety were in line with regulations and guidance. “Safety measures involve all employees and our ongoing efforts extend beyond legislative requirements,” it said.