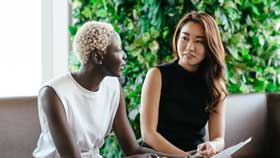 Employers are feeling less confident about their ability to hire, as national insurance contributions rise and companies come under pressure to increase pay.

Data from the Recruitment and Employment Confederation’s (REC) JobsOutlook survey shows that employers’ expectations for the UK economy and their ability to recruit have taken a downturn over the past three months.

In January to March 2022 confidence in hiring was at net +8 – one percentage point lower than in the last quarter of 2021.

However, plans to hire temporary agency workers declined by 14 percentage points in the short term (net +16) and by eight points in the medium term (+15).

The REC’s measure of business confidence fell back to a net -11 after a slight uptick in the New Year. This suggests there are more employers worried about the economic outlook than those feeling confident.

Chief executive Neil Carberry suggested that the rise in national insurance contributions and energy costs, as well as pressure to award pay rises as the cost of living increases, were affecting employers’ ability to hire.

In March, the REC found 18% of firms felt the increase in national insurance contributions would reduce their ability to invest in their business, while 15% said this will discourage the creation of new roles.

“It is no surprise that firms are more concerned about the outlook. But British firms are resilient and investment in staff and growth remain on the agenda when employers think about their own business. We expect to see employers’ hiring plans decouple further from their economic outlook over the coming months as they face a tight labour market,” he said.

“More employers are switching their hiring intentions towards permanent staff, as the urgent need for contingency staff to cover Covid absences decreases. But temporary workers remain vital to managing uncertain and fast-changing markets.”

The number of job vacancies reached a new record in January to March 2022, suggesting that demand for candidates was still strong. The labour market figures from the Office of National Statistics showed that the number of vacant positions increased by 50,200, although the rate of growth in vacancies continued to slow down.

Hospitality leaders have said they are still struggling to recruit, which is affecting their businesses’ recovery from Covid-19. According to a poll by hospitality sector analyst CGA Group, nearly one in ten (9%) roles remain vacant and only 52% of leaders feel confident about their recruitment and retention in the next 12 months.

Seventy-seven per cent of those polled had increased pay to try to retain staff, while 82% had created more learning and development opportunities and 72% placed greater emphasis on staff wellbeing and mental health.

Phil Tate, CGA Group CEO, said: “Our survey highlights the level of concern that the scramble for staff is causing across hospitality. While there are some signs of improvement in the first quarter of 2022, major shortages and severe upward pressure on pay are likely to continue throughout the year. On top of other rising costs, supply issues, the end of VAT relief and fragile consumer confidence, it is yet another challenge to the recovery of the sector, which needs and deserves sustained support from government.”

Newcastle upon Tyne // Permanent
Competitive based on experience

Search our 254 live vacancies to find your new job today!