Fewer than one in five employers support the apprenticeship levy, CIPD poll finds 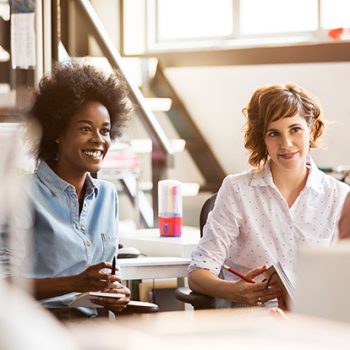 Fewer than one in five companies support the apprenticeship levy as it currently exists, a CIPD poll has found, with the professional body calling for a reform of the scheme.

The CIPD also highlighted figures from the Department for Education that showed the total number of apprenticeship starts had fallen since the introduction of the levy scheme, and that the scheme was failing in its aim of attracting more young people into choosing apprenticeships.

Lizzie Crowley, senior skills adviser at the CIPD, said that instead of opening up new training opportunities for young people, the levy scheme had fueled a “rising trend” of employers putting existing staff onto professional or managerial apprenticeships.

Reforming the apprenticeship levy system into a more flexible training system would allow employers to develop existing staff through more flexible and cost effective training, while freeing up funds to offer apprenticeships to the young people who would most benefit from them, she said.

“At a time of acute skill shortages and a decline in skills investment, when public funding is tight, we cannot allow this situation to continue; we need to be developing future talent pipelines and making sure any investment in this space is well-targeted,” said Crowley.

Will Tanner, director of Onward and deputy head of policy to Theresa May while she was prime minister, said reforms over the last decade had generally improved both the quality and the funding available for skills and training. But, he added, the increasing use of apprenticeships to upskill existing employees – who were often graduates – meant “working class school leavers are left short-changed”.

“Working class school leavers in poorer places need a decent alternative to university, not a system that increasingly serves existing workers in big businesses based in cities,” he said.

This was echoed by Neha Sawjani, business director at Business in the Community (BITC), who called on both government and employers to ensure that apprenticeships “focus on inclusion, and provide access to fair pay and benefits, as well as learning and development”.

“Whilst it’s important to reconsider the potential and impact the apprenticeship levy can bring, it’s also essential to remember that it’s there to help people, no matter at what stage they are in their careers,” she added.

As part of his Spring Statement last month, the chancellor Rishi Sunak acknowledge that the UK “lags” in adult technical skills compared to its international peers, and said the government would consider whether the current tax system, including the apprenticeship levy, was “doing enough to incentivise businesses to invest in the right kinds of training”.