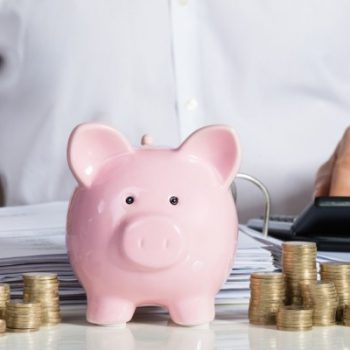 Firms are anticipating a record increase in pay awards this year, a poll of employers has revealed, but experts say a wage hike alone will not solve staff shortages.

The latest Labour Market Outlook from the CIPD found employers are anticipating a median pay increase of 3 per cent in 2022, the highest figure since the professional body started collecting comparable data in 2012/13.

The survey, which polled more than 1,000 employers, revealed that the majority (84 per cent) are planning a pay review between January and December 2022 – of which four in 10 (40 per cent) say they expect to increase basic pay.

Commenting on the data, Jonathan Boys, labour market economist for the CIPD, warned: “Even though businesses anticipate making record pay awards to their employees this year, most people are set to see their real wages fall against the backdrop of high inflation.”

However, he added, “what is encouraging is that more employers are looking beyond pay increases to help attract and retain staff.”

The CIPD data found that in the three months to January, nearly half (46 per cent) of employers reported having vacancies that were hard-to-fill.

Of the firms that had hard-to-fill vacancies over the last six months, 48 per cent increased wages to attract new hires, while 46 per cent advertised more jobs as being flexible.

The Labour Market Outlook also found that over the last six months, two fifths (41 per cent) of employers reported increased employee turnover or difficulty retaining people. In response, almost half (46 per cent) of these firms raised the pay of their current workforce, while 40 per cent said they plan to raise pay in the future.

Other popular responses to retention difficulties over the last six months included improving flexible working arrangements (48 per cent), focusing more on employee wellbeing (45 per cent) and increased investment in training and development (36 per cent).

Going forward, nearly two thirds (64 per cent) of employers said they anticipate problems filling vacancies in the next six months, including 33 per cent who said they expect these problems to be ‘significant’.

Boys said that increasing flexible working opportunities and improving wellbeing would not only help attract talent but could also improve retention, potentially reducing the need to recruit more staff – which would itself help reduce wage inflation pressure to a degree.

But, he said, the government still needed to address failings in the UK’s skills policy and increase investment in workforce training, Boys said, calling for the apprenticeship levy to be reformed into a more flexible training levy.

Such a reform would “help reverse the falling number of apprenticeships going to young people and enable employers to use the levy for other forms of more flexible and cost-effective training for existing employees,” he said.

Shazia Ejaz, director of campaigns at the Recruitment & Employment Confederation (REC), echoed that firms needed to try different approaches to attract staff, including offering better benefits, flexibility and training opportunities. “This data backs up the REC’s own survey findings, showing just how hot the UK labour market is right now,” she explained.

“To help retention, ensure that you have a robust onboarding programme in place to get new starters up to speed and immersed in the business as quickly as possible,” he said.