Throughout the entire process I found George and the agency as a whole to be professional, efficient and courteous. 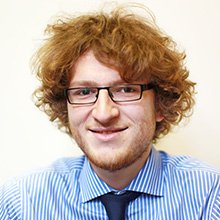 As I was being made redundant I decided to distribute my CV to various agencies in the North East to begin the process of looking for a new job. I was contacted only a couple of days later by George from Central Employment who had found a great position for me. Throughout the entire process I found George and the agency as a whole to be professional, efficient and courteous.

During the process George explained the role in detail to me and advised on what to expect for the interview, three days later I had secured a position working at a blue chip company thanks to Central Employment.

I wouldn’t hesitate to use them again and would highly recommend anyone looking for a position in the North East to register with them.